Walking through the service entrance at AT&T Park, and following the media signs to the field is an interesting experience.  Walking into Joe Montana, Ronnie Lott and Jerry Rice in the hallway got me on my toes.  This was the Kraft Fight Hunger Bowl and I had a press pass.  I don’t usually shoot sports, but sometimes my camera allows me into places where I have never been before.  It is busy on the field with players from UCLA and Illinois warming up and press swarming the sidelines.  Kickoff is thirty minutes away.  The previously mentioned former 49ers are enjoying themselves on the sideline and I am hoping that the knee pads I purchased earlier that morning will be sufficient.  As I scout the other photographers around me I notice that the experienced shooters are wearing heavy duty knee pads, the kind you find at a home improvement store, not a sporting goods store.  I quickly learned that I need to upgrade before my next foray onto the football field.

The game began slowly with neither team gaining much yardage or momentum.  I was getting used to shooting fast action with a 400mm lens and an ever changing light at the ballpark.  This sports photography was not as easy as I thought. 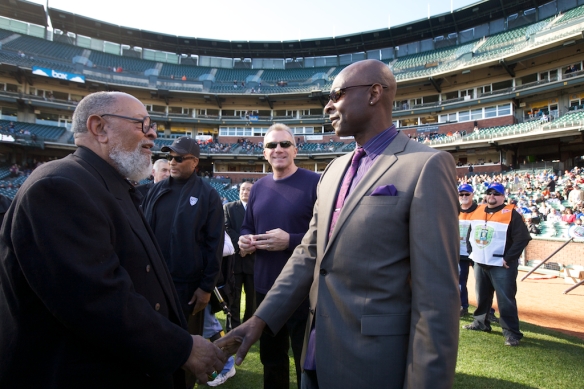 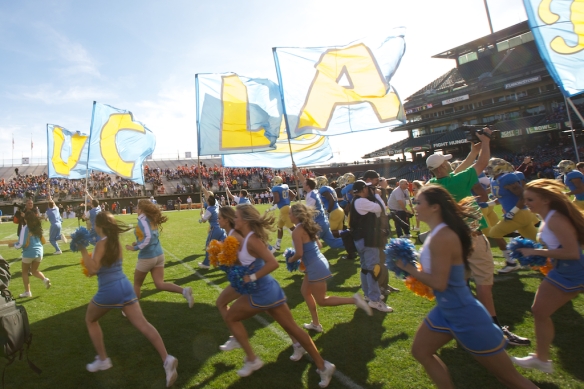 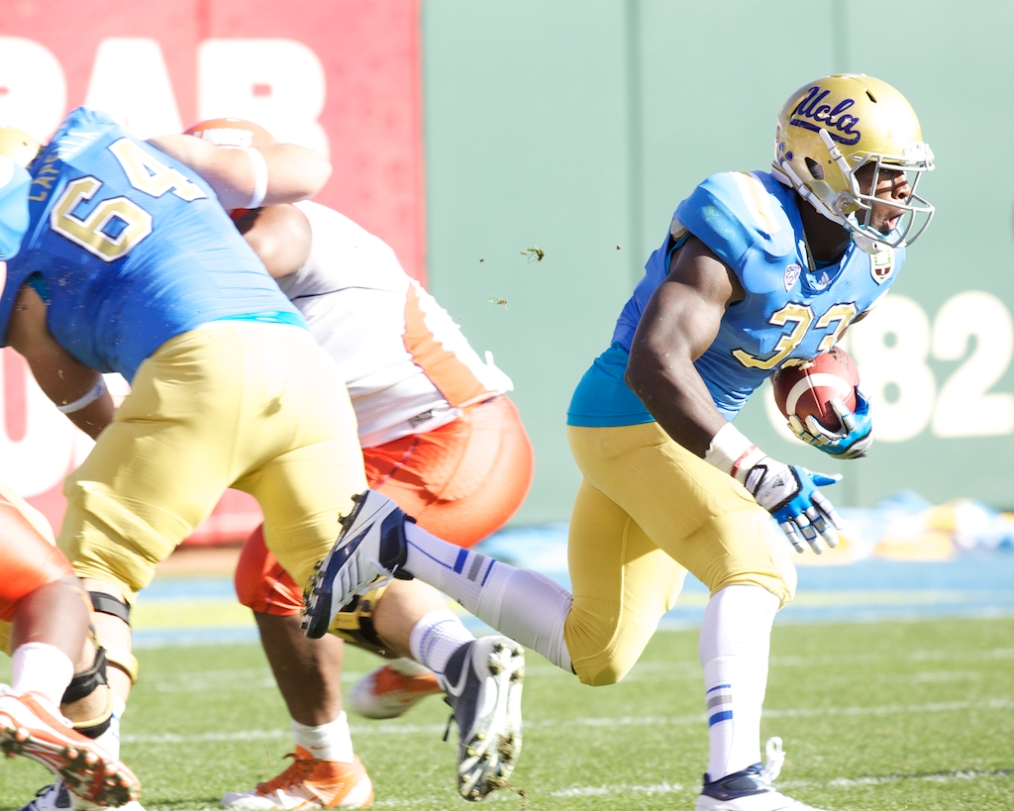 In a football game there are many plays run, and thousands of images are made throughout the course of a game.  Very few of them mean anything, but if you are lucky enough and skillful enough to capture a moment in time that actually means something you have succeeded.  Anticipation of where the ball is going is imperative, especially when one team is close to scoring a touchdown.  UCLA scored first with a 16 yard touchdown pass to Taylor Embree.  I was in the right position in the corner of the end zone, but I switched cameras to use my shorter lens too slowly and I missed a great catch.  Jason O. Watson-US Presswire and Marcio Jose Sanchez/AP did not.  See the difference experience makes below: 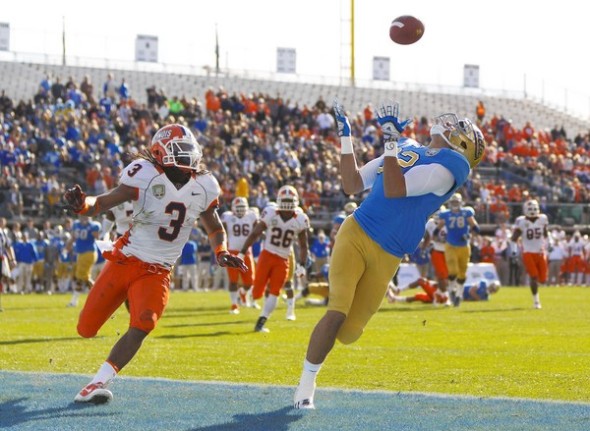 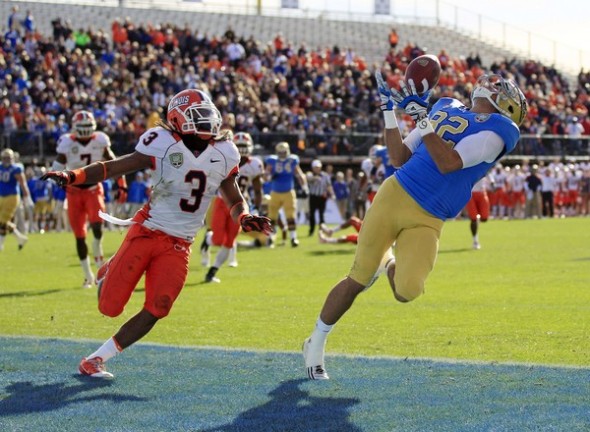 I think I was standing right next to both of them.  Missing a shot is not usually an option in this business, but luckily my assignment was more open ended than just chronicling each scoring drive of the game.  I learned a valuable lesson and I will be looking forward to my next chance to document a big time football game with this newly acquired knowledge.  The game continued on slowly and I was putting my motor drive to the test, capturing plenty of action shots that held little meaning in the grand scheme of the game.

I am satisfied with these images, they capture good action on the field, the color is crisp and the photos are sharp.  But they just show random plays that amounted to a few yards gained or lost or a catch or an incomplete pass, I don’t even remember.  Then Illinois Wide Receiver A.J Jenkins caught a 60 yard touchdown pass and I missed the shot again.  Jason O. Watson US Presswire nailed it.

This time I was out of position, behind the play on the field and off on my focus.  So I missed another shot, I’ll get it next time.