When I received the call from The State Department this past summer regarding APEC 2011, an economic summit being held in San Francisco in September I did not know what to expect.  As a photographer my name gets passed around and I am often asked to submit proposals for a variety of projects.  This one however was different than anything I had done before, but I felt like it was the right job for me.  As a college freshman at Tulane University I signed up as a Political Science major.  I always enjoyed politics and had no idea what else I should study so I went with it.  Once in New Orleans my focus quickly shifted outside of the classroom and I began to explore and study the city I was living in.  Eventually I took a photography class and the rest as they say is history.  My love for music and deep respect for the traditions of New Orleans led me to jazz and for the past 15 years I have been shooting this truly American art form.  Jazz photography has been the thread that keeps me tethered to my passion and while I shoot a wide range of subject matter it is jazz that I always come back to.

When I received word that Scott Chernis Photography had been chosen as the APEC 2011 official photographer I knew it was going to be a great project to work on.  I have come full circle and one week in with one week to go, the APEC 2011 Senior Officials Meeting in San Francisco has been an experience like no other.  From the opening remarks by California Governor Jerry Brown to the two days of meetings chaired by Secretary of Energy Steven Chu and Secretary of Transportation Ray LaHood I have been immersed in the functions of international politics like never before in my life.  I sat in on Bilateral meetings with Secretary of Health and Human Services Kathleen Sebelius and have created countless images of foreign dignitaries from around the Asian Pacific Region.  The week culminated with an address by Secretary of State Hilary Clinton at the Women and The Economy Summit, which is being held in conjunction with APEC2011.

The days have been long and the pace has been fast, but the experience has been amazing and I am looking forward to shooting at this level again in the future.  It has been inspiring to see so many committed, bright, hard working people come together to pull off an event of this magnitude.  Week two began today. 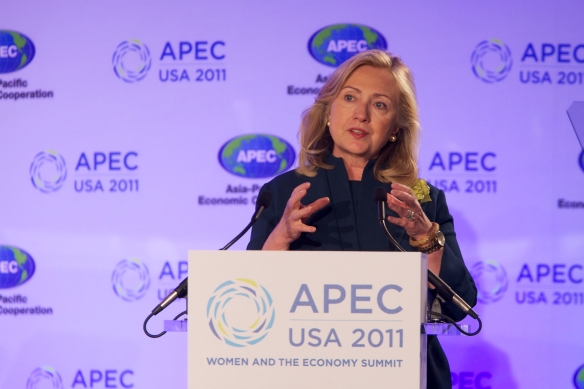 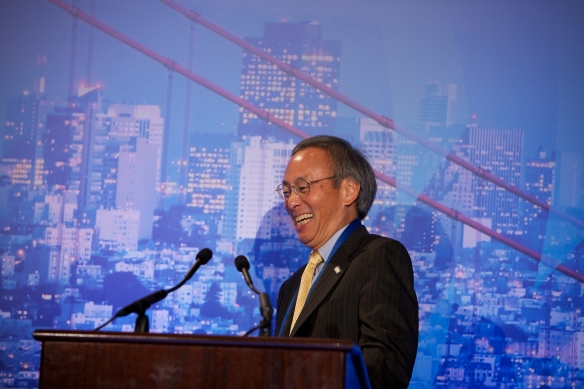